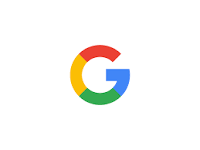 Google is the first company faced with a hefty fines for allegedly violating Europe’s new GDPR data privacy rules, which went into effect last May.

French regulators have fined Google $57 million for data privacy violations. According to the complaint filed by France’s government watchdog CNIL, the tech giant violated two provisions of the law.

Google has not commented on the violations, except to say they are committed to meeting the GDPR consent requirements.

This site uses Akismet to reduce spam. Learn how your comment data is processed.