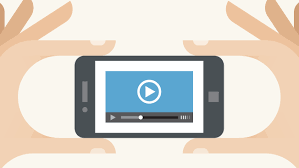 Digital video advertising spend is predicted to rise almost 30 percent to  $27.82 billion this year, according to new research from eMarketer.

YouTube is expected to bring in $3.36 billion, which represents 11 percent of total U.S. digital video spend. This represents a 17.1 percent spike over last year for Google’s video giant. YouTube generates 73 percent of its ad revenues from video in the U.S.

This site uses Akismet to reduce spam. Learn how your comment data is processed.